Do you know if your properties are meth free?

Book a meth screening test today to protect yourself.

Your property may be contaminated by meth and because this contamination is invisible and has no smell, you won’t even know it.

Meth production and meth use can contaminate a property and expose occupants, particularly children, to potential health risks. Regular meth use in a home can contaminate surfaces with chemical residues which can return readings as high as those produced by a home used as a meth lab. A property only requires meth to be smoked inside it approximately 20 times to be contaminated enough to be unhealthy to live in by Australian standards. Therefore, the greater threat to your rental property are meth users, not meth labs.

Australia has the highest use of methamphetamine in the English-speaking world and this number continues to grow dramatically each year. This problem isn’t going to go away.

Property owners are responsible for ensuring that their property is safe for habitation and you could face significant costs for meth screening and meth decontamination, replacing fixtures, fittings, and all materials that are not able to be decontaminated. Protect yourself from liability and financial loss by ensuring your property is safe for its occupants by using a credible professional trained to complete meth screening and meth decontamination.

Who benefits from meth lab services? 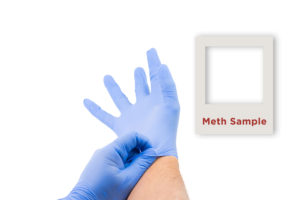 We identify contaminated properties, take multiple meth samples in appropriate locations throughout a property to obtain instant results and we can also send the sample to a laboratory for detailed testing to report on the amount of contamination and specific areas. 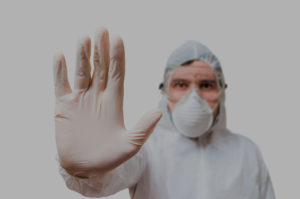 With a complete, in depth sampling, we will establish which rooms require decontamination. We have extensive decontamination techniques and processes including safe waster disposal to ensure your property is safe for habitation.

FAQs about meth screening and clean up.

Methamphetamine, also known as Meth or Ice, is a powerful, highly addictive drug that affects the central nervous system. It takes the form of a white, odourless cystalline powder that easily dissolves in water or alcohol. Meth is usually smoked, but can also be snorted, or can be injected by needle.

Is there a difference between a property used as a meth lab and a house lived in by a meth user?

What are the health issues directly related to living in a meth-contaminated home?

Chemical residues left behind by meth use are toxic and can cause both immediate and long-term health issues. These can include respiratory complications, allergic reactions, chemical poisoning, severe headaches and nausea, eye and skin irritations, miscarriage or birth defect, and psychological disorders, and children are most at risk to the effects. Children can also experience behavioural problems and sleep pattern changes.

Research into the health effects of meth contamination and the associated health issues are still being conducted but studies suggest that it can be linked to serious respiratory illnesses and even cancer.

How can I tell if my house has been used as a meth lab or smoking meth?

Unfortunately, it can be difficult to see the signs of whether a house is contaminated by meth, especially if it has been lived in by meth users and contamination levels are low.

Some signs alluding to a meth lab or meth use at a property can include:

While these signs are only a guide and the warning signs are even more difficult to detect if the house has had a meth user living on the premises. As meth vapour doesn’t leave any odour or visible indication, professional meth testing will deliver a definitive answer and allow you to prepare for the necessary steps to decontaminate the property.

What meth contamination levels are unacceptable for occupants to safely live in a property?

According to Australian laws, meth contamination with levels over 0.5 micrograms per 100cm2 (0.5µg/100cm2) is unacceptable.

Who is responsible to ensure a premises is safe for habitation?

It is the property owners responsibility to ensure their property is safe for habitation. Early detection of a contaminated property makes remediation less expensive. It’s important to remember that detection of meth residue within a property is as important as a leaking roof or termite issue.

Painting a property that has been contaminated by a meth user or used as a clandestine drug laboratory is NOT a cleanup option as paint can only encapsulate the contamination for approximately 5 months.

Suscribe to receive our latest news and useful info

Stay up to date with latest Water Damage Repair, Mould Remediation and Fire Restoration Cleaning Services. We share tips, tricks, and lists of what to do and what not to do.